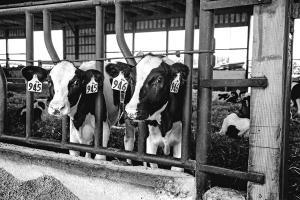 Respiratory disease in replacement heifers is costly. However, farms don’t often realize the full cost of bovine respiratory disease (BRD). During a Dairy Calf & Heifer Association webinar, Kevin Dhuyvetter, Ph.D., a cattle technical consultant for Elanco, detailed both the short-term costs of BRD and the longer-term effects on growth and milk production.

While respiratory disease is common in dairy replacement heifers, the economic impact on the herd varies considerably. Dhuyvetter attributes this variability in published studies to the disease severity, how it is managed, treatment protocols and most importantly, what is included in the calculations.

“The first thing we have to recognize when we talk about the costs is the time dimension,” he said. “Some studies were through 180 days, others through weaning.”

In a study Dhuyvetter conducted with colleague Michael Overton, who at the time was an Elanco veterinarian, data were collected from 23 herds over two years. The data showed the number of pneumonia cases recorded in the herd management software by 365 days of age.

This study revealed incidences rates ranging from 7% to 68% across herds. In the 23 herds studied, the average was 37.2%. Most of the cases in this dataset occurred in the first 150 to 200 days, with most showing up in the first 120 days.

Catching BRD early is critical. One visible sign is decreased feed intake, and some calves will be lethargic. Sick calves refuse to eat and as a result show a decrease in daily weight gain. On average, it could cost producers and additional $250 if BRD isn’t treated early.

However, some sick calves die. Fatality risk ranges from 2.2% to 20%, based on previously published research. Mortality rates differ based on how severe the BRD is, how quickly it is identified and treated. For those that survive, some animals go on to have a second or third BRD case, which increases the chances the animal will be culled.

“When we talk about the economics of this disease, not only do we have to account for the initial immediate things that occur, we also have to think about some of those longer term costs that still might occur,” he said. “Ultimately, we’re trying to produce a successful lactation.”

Some costs are fairly immediate, like treatment and mortality. But there are some costs – re-treatment and delayed lactation – that come in later.

Dhuyvetter calculated an estimated cost of calves that are positive for BRD versus calves without BRD. First, he valued an 88-pound newborn calf at $85 per head. Then he used a labor cost of $15 per hour and an interest rate of 6%. Although some people may skip interest, he said it’s important to consider because it can take up to two years before the heifer freshens.

“We need to account for the time value of money,” he said. “We’re doing that by bringing in an interest cost.”

Add in AI costs at $18 per service and up to six cycles. The assumption on healthy calves is that mortality risk is just under 5% – but those with BRD have a 12.7% fatality risk. With these factors in mind, Dhuyvetter estimates it costs $377 to get a calf through its first stage of life in a hutch. They bring that bill with them as they age.

“Animals culled after that stage bring a little more cost,” he said. “An animal that was culled in the second growth stage costs $430. In our model, that animal is only worth $124 for beef so I’m losing $300 per head. I’m not recovering much when I sell an animal.”

In addition to the cost of culling, the costs of BRD show up in a heifer’s first lactation. Based on Dhuyvetter and Overton’s model, animals that had BRD are expected to produce 270 pounds less milk. When time, feed, milk price and the cost of treatment are factored in, it costs farmers about $279 more when a calf that contracts BRD is treated and makes it to production.

Reducing the economic impacts of BRD

When working to reduce the risk of any disease, the goal is to make the animal’s immunity and resistance to the disease greater than the level of challenge and pathogen load the calf is getting that would promote disease. With that in mind, producers should make sure calves are on a good plane of nutrition and growing well, according to Dr. Mark Armfelt, an Elanco technical consultant.

“The calves should be provided housing that is well ventilated, provides adequate space and has clean, dry bedding for them to sleep on,” he said. “Producers should also work with their veterinarian to implement a vaccination program that is appropriate for their herd. All of these things can increase the calves’ resistance to disease and promote good health.”

Work with your vet to develop effective treatment programs for specific illnesses, Armfelt said. Early detection and appropriate therapy can minimize the impact of BRD on calves’ future potential. Make sure caretakers are adequately trained to identify sick calves. It is often beneficial to determine exactly when the disease starts in the calves. Many producers and vets have found the use of ultrasound to be helpful in doing that.

“Accurate identification of disease conditions helps caretakers be proactive with their animal health responsibilities, which ensures calf welfare is optimized in both the short- and long-term,” he said.