First and foremost, quality at Bobolink 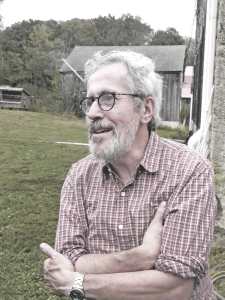 MILFORD, NJ – Operating since the summer of 2010, the Bobolink Dairy and Bake House has quickly carved out a reputation for providing quality over quantity in foodie and organic farmer circles.

Known for their regenerative agricultural approach and practices, Jonathan and Nina White are second career farmers who kept their jobs while entertaining the possibility of eventually farming full-time.

Jonathan’s fascination with cheeses and cheesemaking led him to raising cows for milk. His cows at Bobolink are pasture-fed.

Nina, who handles a lot of the marketing, breadmaking and retail store duties, explained, “In the old days, cheese was made from the rest of the milk that was harvested that day. It was made in the moment and it didn’t have to put up with the wear and tear of transportation.”

The couple lived in New York City and Westchester County, NY, before leasing a farm in Sussex County, NJ, to experiment with their idea of becoming full-time farmers. They found their current 190-acre property in Milford in March 2010.

After college Jonathan worked mostly for consulting firms in New York and London. His passion for cheese began while he was living in England, when he fell in love with a variety of European cheeses.

“When I got back from England, I couldn’t find much in New York City,” he said, “so after a couple of attempts, I realized the quality of milk I was getting wasn’t really good enough to make cheese, so I shelved the idea for a few years.”

Then he met Nina. They married, had kids, moved to Yorktown Heights and the father of one of Nina’s ballet students was music composer, conductor and musician David Amram. (Amram is a frequent performer at Farm Aid concerts.) Jonathan and Amram became friends, “and we got to talking and he mentioned he had a farm. When his goats gave birth and he began milking them, his children absolutely refused to drink the milk, so David began supplying me with goats’ milk. I started making cheese out of his milk. By 1993 I decided I liked my hobby more than my job so I quit my consulting business and started not a farm but a cheesemaking operation,” Jonathan explained.

His cheesemaking operation was in an industrial park in Peekskill, NY, and he quickly won awards for his cheeses while also making butter. After leasing a farm in Sussex County in 2002, the couple spent time perfecting their crafts, learning about sustainable and regenerative agriculture as it applies to dairies and growing wheat for breadmaking.

Of their current house and farm, Jonathan said it amounts to 190 acres, “but 150 acres of it is really gorgeous pasture.”

“Rutgers Soil Science people just finished a 10-year study of our pasture, and we’ve learned in 10 years we’ve doubled the amount of organic matter in our soil,” he noted. “That means we’re sequestering carbon.”

The ecologically conscious couple had a vision for a regenerative farm before they decided to launch Bobolink on the preserved farmland they now own. 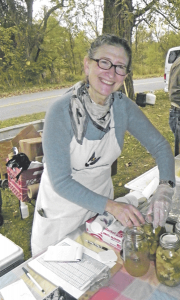 “The purpose of our farm and bakery is to show how all the different facets of what we do are interlinked, to create the most food within an environment,” Nina said. Jonathan added, “While improving the natural resource of our farm.” They stressed none of their milk leaves their farm. It all goes into making cheeses.

The Whites have about 130 cows on their property, including bulls, calves, yearlings and retired seniors. When he began raising cows for cheesemaking in 2002, Jonathan knew lots of dairy farmers from his time as a cheesemaker.

“Other grass-fed dairies got really interested in what we were doing. My first calving season, I had three expert dairy farmers on speed dial,” he said. His biggest revelation in raising cows for milk was realizing quantity is not a litmus test for a worthwhile animal.

“A high production animal is going to have all kinds of problems, and a lower production animal will have none of these problems. So everything you do to increase weight gain or milk output, everything you do to increase their productivity, works against their well-being,” Jonathan argued. He added that organic-regenerative farming advocate Michael Collins put it best: “You are what you eat eats.”

He hasn’t vaccinated any of his animals since 2005 when there was an outbreak of pinkeye in his cows on his leased property in Sussex County. He and Nina have worked to ensure that cows at Bobolink are living naturally in the kind of low-stress environment that they evolved in. As a result, “they’re pretty much immune to most of the things that afflict cows.”

Aside from distinctive breads, butters and cheeses available at their bake house retail store, what makes Bobolink unique?

“I’d say everything about it,” Nina said. “We are adamant and passionate about quality over quantity. Here, the guiding principal is quality.”

On the other hand, she argued, most modern agriculture, commercial farming and “the industrial food system” is all about quantity.

“We put quality first, and that’s dictated by serving nature and the nature of the animals we foster,” she said.

The post First and foremost, quality at Bobolink appeared first on Country Folks.