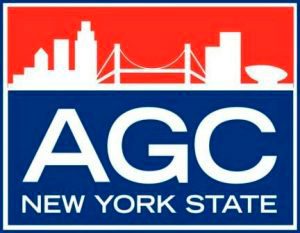 With deepest sympathy to his family and many industry friends, we are saddened to inform you of the passing of Isadore “Izzy” Ture.
Saratoga Springs, NY- Isadore (Izzy) John Ture, age 87, of Saratoga Springs, New York, passed peacefully with his family by his side on October 23, 2020. Born in Saratoga Springs on February 3, 1933, he was the only son of Isadoro Tur Guardiola and Julia Mangini Ture.
A lifelong resident of Saratoga Springs, Izzy graduated from Saratoga Springs High School in 1951, served in the US Army from 1953–1955, and attended Union College. He married his true love, Kathryn Bernice Witkop on December 26, 1953.
In 1953, Izzy began working for Callanan Industries, Inc., leading to a forty-five-year career. His strong work ethic and relentless pursuit of excellence enabled him to succeed in positions of increasing responsibility. At the age of 35, he became the youngest Vice President in Callanan’s 100-year history and remained in that position until his retirement in 2000. Izzy was known as a formidable executive with drive and determination who would accept no obstacle that impeded progress. Izzy served on several boards, including the chairman of the AGC/DOT specification committee and the National Asphalt Paving Association. He was highly respected by many in the construction industry and remained a true icon throughout his career.

Izzy was introduced to skiing at the age of 8 when his parents purchased a set of wooden skis. Always one to tinker with his equipment, Izzy and his father screwed on segments of metal edging, enabling him to execute his first truly carved turn. He was hooked – skiing became his lifelong passion! In his early years, Izzy frequented Darrow’s Ski Hill in Greenfield Center. He taught skiing and racing at Skidmore College, then at Alpine Meadows in Porter Corners. At 30, he became the Ski School Director at Gore Mountain in its inaugural year. The next season, he began the West Mt. Racing Program, where he coached scores of athletes to state, national, collegiate and international levels. Later, Izzy became co-director of their ski school, before taking the reins as director and owner of the West Mountain Ski Shop. In 1979, he became the Technical Director of the Karl Plattner Ski School at Hunter Mountain Ski Bowl, a position where he achieved significant influence and made lifelong friends. In 1974, Izzy became an Examiner for the Professional Ski Instructors Association- Eastern Division, and later served as the chairman of the PSIA Education Committee, chairman of the board of examiners, and served on the board of PSIA at a national level. In the face of significant opposition nationwide, Izzy drew a parallel between world-cup racers and the natural movement of children. With those similarities in mind, Izzy developed the Milestones Concept, which forever changed the American Ski Teaching Method to this day. For his significant contributions to the ski industry, Izzy was awarded Lifetime Membership at the Snowsports Management Seminar in 2001. Those who learned to ski under Izzy’s guidance knew him as the “instructor’s instructor.” A strong mentor, he imbued all he encountered with his love for skiing and a deep commitment to technical expertise. Izzy loved the outdoors and imparted his love for the Adirondacks to his family and friends. He led them on numerous hikes and backpacking trips and taught them to enjoy the splendor of the mountains and lakes of the North County. He enjoyed camping each summer at Cape Cod, preferring sleeping in a tent to posh accommodations as long as he was accompanied by his beloved children and grandchildren. His silly humor transformed every outing into an adventure, giving his family much to laugh about —memories that will sustain them in this time of grief.
Isadore was predeceased by his parents, Isidoro and Julia Ture, and by his devoted wife of 61 years, Kathryn Witkop Ture. He is survived by his sisters, Gloria (Frank) Izzo of Mechanicville, Frances (Everett) Laplante of Wildwood, Florida, and Anita (Roland) LaFarr of Saratoga Springs. He will be greatly missed by his six children, Kathleen (Alan) White of Missoula, Montana and Marcia (Francis) Havranek, Susan (Donald) Hepner, Kevin (Judy) Ture, Andrea (Donald) Gearing, and Jeffrey (Dru) Ture all residing in Saratoga Springs. He also leaves behind 14 grandchildren and 13 great grandchildren who loved their Poppy.
Arrangements are under the direction of the William J. Burke & Sons/Bussing Cunniff Funeral Homes, 628 North Broadway, Saratoga Springs. Due to Covid restrictions, there will be no public calling hours or funeral service at this time. A memorial service is planned at a later date at the home of Kevin and Judy Ture in Saratoga Springs, NY.
The family requests that memorial contributions be directed to the Local Beach Wheelchair program at www.Smilemass.org. Izzy would be happy to know your contributions will enable more elderly and handicapped guests to enjoy the seashore as he and Katie did. Additionally, the family looks forward to hearing your condolences at www.burkefuneralhome.com or on Facebook http://www.lastingmemories.com/isadore-izzy-ture
Share