Not so good vibrations 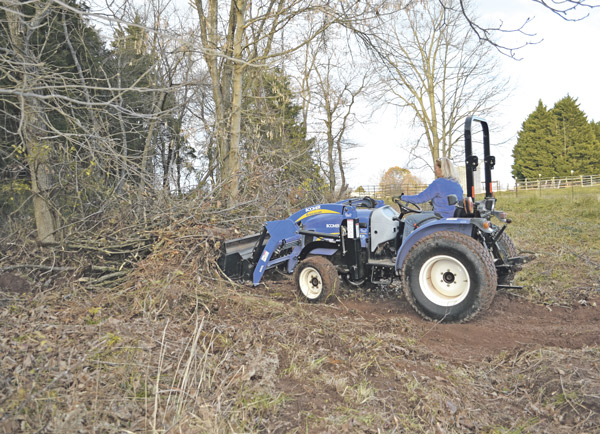 Although modern farm equipment is designed for safe operation that doesn’t result in immediate or long-term harm to the user, there’s a degree of risk every time the key is turned. However, some risks are silent, and equipment operators may not be aware of the danger.

Dan Neenan, paramedic and director of the National Education Center for Agricultural Safety, explained the problem and risks of WBV. “The European Union has a recommended daily action limit; OSHA does not enforce body vibration standards,” he said. “But it does pose a substantial risk for musculoskeletal disorders.”

A study funded by the National Institute for Occupational Safety and Health and conducted at the University of Iowa found that many equipment operators experience WBV levels that reached the EU’s action level for exposure limit within two hours of operation. The study measured vibration levels in 112 machines, including combines, tractors, skid loaders, forklifts and ATVs. More than half of the machines were made prior to 2000, and quite a few were significantly older. For the test, researchers attached sensors to the seats and floors of the equipment and measured the posture of participants as they used the machinery.

More than half the machines met the EU’s action level – the level at which the risk of adverse health consequences was reached – within eight hours of use. Neenan said the “daily dose” of vibration depends on the magnitude of the vibration and time exposure. “Farmers often use multiple machines,” he said, “and each machine and the amount of time it is operated contributes to the daily dose.”

The effects of WBV include speech interference, muscle fatigue and cramping, disrupted balance and perception, increased heart rate and blood pressure, increased breathing rate and low back pain and spine damage due to disk degeneration. The immediate danger of muscle fatigue isn’t usually obvious to the operator, but may manifest as slower reaction time.

“As a person sits, the curvature of the lower back is typically lost without lumbar support,” said Neenan. “With whole body vibration, there’s repeated stretching of the lower back, which is one possible way prolonged exposure to WBV can lead to back injuries.”

Neenan said seats on farm equipment have come a long way, and contribute to reducing the risk of ill effects from WBV. A simple seat test can help determine whether or not the equipment is causing WBV: if the operator can feel the seat bottom-out or slam down onto the base plate when in use, the seat isn’t working properly. “The seat isn’t adjusted properly for the operator’s weight or there’s a failure in the mechanism,” said Neenan. “This is especially important if several workers will be operating the equipment. Seat suspension systems degrade over time from mechanical wear and tear, and the components may need periodic adjustment and replacement.”

WBV can be reduced by keeping tires properly inflated and maintaining vehicles’ suspension systems, especially shock absorbers. When possible, individuals performing farm tasks should use several different tractors or machinery for different tasks to reduce the time they’re in a particular vehicle. There’s evidence that the effects of vibration are more pronounced when the operator is in an abnormal position, so whenever possible, equipment operators should avoid twisting and leaning forward when driving.

When traveling over rough terrain, the operator should reduce vehicle speed, and if the tractor is pulling an implement, be aware of the implement’s contribution to vibration through continuous bouncing or jerking. “Rotate workers between tasks to limit individuals’ exposure to WBV,” said Neenan. “Avoid physically demanding activities for a short time after exiting machinery to allow the back to recover.”

The average operation time before reaching the recommended WBV exposure limits varies according to equipment. For RTVs in the study, usage time was less than four hours; for tractors, about six hours. Combines can be operated by one individual for close to 12 hours due to exceptional seat design made for long hours and high mass that helps eliminate some vibration. Seat suspension systems and vibration control have improved over time, so it’s worth asking about those aspects when purchasing new equipment. Some new seats act like noise-cancelling headphones, sensing incoming vibrations and emitting a cancelling vibration.

Another issue related to vibration is hand-arm vibration syndrome (HAVS), usually due to long-term use of heavy, hand-held tools such as power drills, impact wrenches, pneumatic drills, chainsaws and grinders. HAVS can result in damage to the nerves in the arms, hands and fingers, and the damage is irreversible. Damage to muscles may result in reduced grip strength and dexterity, which can be hazardous when performing farm tasks. HAVS can also lead to damaged capillaries, which reduces blood flow to the hand. Capillary damage results in tingling, numbness and blanching (whiteness) of the fingers.

Early signs of HAVS include tingling sensations in the fingertips that comes and goes, eventually moving to the entire finger. If allowed to progress, HAVS will result in loss of feeling in the fingers. Working in cold weather conditions will exacerbate the issue and cause pain. Higher quality tools with anti-vibration technology help, as do anti-vibration gloves.

Farmers who notice any early signs of WBV or HAVS should be examined by a physician. In some cases, medical personnel may be unaware of these syndromes, so it’s worth providing the caregiver with some information on these issues for optimum care.

The post Not so good vibrations appeared first on Country Folks.