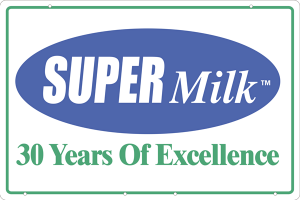 A state program dedicated to recognizing the very best in New York’s milk producers has reached a milestone in 2020.

For the 30th year, the Empire State Milk Quality Council (ESMQC) has conferred its “Super Milk” award to dairies both large and small across the state. The award was created in 1990 and first presented in 1991 to acknowledge those producers who consistently go above and beyond New York’s quality standards for dairy herds.

“We had 1,218 Super Milk achievers this year,” said Case. “We actually had all these plans to do something big for our 30th year, but unfortunately the COVID-19 shutdown kept us from doing that.”

The farms under consideration for the Super Milk award are judged by a panel of milk inspectors. The inspectors are certified by the New York Department of Agriculture and Markets and work for a network of milk cooperatives throughout the region.

Case explained, “The dairy herds that win have to meet our standards in at least 10 of the 12 months in a calendar year. They will consistently show an overall neatness in the cows’ appearance and a somatic cell count (SCC) of less than 200,000 cells per milliliter.”

SCC is an indicator of the quality of milk and its low likeliness to contain harmful bacteria. White blood cells (leukocytes) constitute the majority of somatic cells in milk. The number of somatic cells increases in response to harmful pathogens. As SCC rises, so does the possibility of infection. According to Case, the Super Milk standard for SCC was lowered from its original 250,000 cells/ml in 2015.

That’s not the only change the program has seen over the years.

“We have fewer farms in the state than we did when the awards started. And we actually peaked some years ago at about 1,500 award winners,” she said. Case pointed out that the decline in the number of farms is at least partially due to larger farms buying up smaller family farms and continuing to operate them as satellite operations.

Case noted that many farms have won year after year. “We actually have 16 farms and farmers that are 30-year winners. They’ve met our standard every single year.”