The future of milk labels and reducing waste 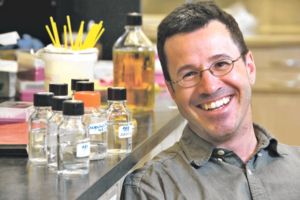 These sobering statistics served as the anchor points of “Development of Data-Informed Approaches to Reducing Food Waste from Primary Production to Consumers,” a webinar produced by Cornell University. Dr. Martin Wiedmann, a professor of food safety at Cornell’s College of Agriculture and Life Sciences, moderated the presentation. He described the presentation as “slightly different from the typical science presentation, where you get results at the end of a project. This is more of a mid-project progress report.” He said he hoped that letting the seminar’s participants know what was currently under study might foster questions and feedback to help the researchers better prepare their final data.

He made clear the distinction between food loss and food waste. “The terms often get thrown around interchangeably, but these are quite different. And we should make clear what we are talking about,” he said. He pointed out that food loss refers to food that spoils or is lost before it reaches the consumer, occurring at the production stages of the food value chain. Food waste is food that is fit for consumption but is never consumed because it is discarded. Food waste takes place at the retail and consumption stages in the food value chain.

The goal of Wiedmann’s studies is to produce digital food systems that can be used to make better food safety, quality and overall processing decisions with the goal of reducing food waste. He explained that while much of his work can readily be applied to produce overall, his focus is concentrated on liquid milk storage and sales because of its easy use as a “model system.” There are two key parts to this study: developing predictive models that reduce food waste down the line, called “decision support tools,” and generating new approaches to dynamically predict the shelf life of consumables.

The “best by” date imprinted on milk cartons highlights when a product is likely at peak quality. Unfortunately, consumers often see this as the milk’s expiration date and discard it despite it still being safe to drink. Wiedmann is working to advance milk carton technology so that wholesalers, retailers and consumers have more accurate shelf life information. “We can apply digital agriculture tools directly onto the milk cartons to decrease food waste, since consumers get rid of milk too fast,” said Wiedmann. Using data from research like his, Wiedmann hopes that in the near future milk cartons will have a scannable code that would offer precise and detailed information such as the farm where the milk was produced, its processing plant and possible microbial issues, as well as the carton’s temperature history.

Retailers would then be able to calculate how much longer the milk will last and what measures could be taken to extend that life. This information would also allow sellers to engage in dynamic pricing, a strategy that takes into account certain variables to alter what would otherwise be set prices. For example, if a retailer can correctly foresee when milk is going to spoil, they could use dynamic pricing to lower the price and incentivize consumption before that happens.

“By reshaping consumer behavior and educating people about how long current milk supplies are good, we can take a substantial bite out of waste. More people will consume more of a good product without producers actually having to supply more to begin with,” he noted.

The ongoing research is funded by the Foundation for Food and Agriculture Research (FFAR). FFAR was established by the Agricultural Act of 2014 to support ag research, foster collaboration and complement the mission of the USDA.

The post The future of milk labels and reducing waste appeared first on Country Folks.