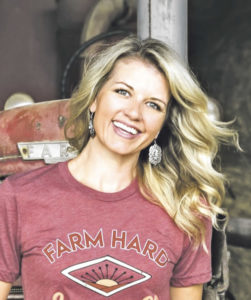 The American farmer has for years been described as stoic and self-reliant. And while these traits can be thought of as virtues, they may also contribute to a dire mental health crisis. The American Farm Bureau Federation (AFBF) hosted an online workshop at its 2021 convention titled “Farm State of Mind – Responding to the Challenges of Rural Mental Health” to spread the word about this growing concern and help farmers find the resources they might need.

Chad Vorthmann, executive vice president of Colorado Farm Bureau and fourth generation cattle farmer, moderated the discussion. Vorthmann drove home the point that farmers are battling stressors from all directions. “Trade wars, bankruptcies, coronavirus, weather disasters, low commodity prices – all of these added burdens are weighing heavily on the shoulders of America’s farmers and ranchers. It’s a burden that too many of our friends and neighbors bear alone.” According to Vorthmann, a farmer’s natural inclination to “go it alone” can keep them from seeking out the very help that could save them.

Wisconsin dairy farmer Randy Roecker felt better access to mental health practitioners is needed. He said not only is it difficult to find a therapist, it’s even harder to find one that understands farming. “Farming is so different,” he explained. “We need to have specialists who really understand what they’re going through and know how to deal with farmers directly.” Most farmers, he continued, are isolated and don’t frequently get off the farm. Telemedicine could be effective, he opined, “but internet access in a lot of the rural parts of our country isn’t up to it. We need to address that as a broadband infrastructure issue.” Roecker founded the online support group “Farmer Angel Network” on Facebook to help farmers combat the feeling that they’re alone. “We really need a better sense that farming is a community.”

Meredith Bernard of North Carolina is a farmer-influencer with a program named “This Farm Wife” on YouTube. She called 2020 a “perfect storm” for mental health struggles. Several years earlier, Bernard lost a close friend to suicide, and she has since undertaken the mission of bringing awareness about mental wellbeing to the farming community. “Unfortunately, so much of what triggers rural stress is outside of a farmer’s control,” she said. She listed prices, weather, export and import costs and COVID-19 as examples of factors that can lend to an overall sense of helplessness.

Marshal Sewell, territory sales manager for Bayer Crop Science, grew up on his family’s strawberry farm in Florida. He shared an event from his past that made him deeply familiar with this problem. While he was in high school, his family’s farm suffered from an outbreak of disease. “Instead of getting ready for the beginning of the strawberry harvest, we had a crop failure… I don’t know fully what was going on at the time or what actually caused my dad to do what he did, but he felt that the best option was to take his own life.” Sewell thought on this for many years and said he feels his father, as the fourth generation to run the family farm, felt the pressure of keeping the family’s legacy afloat.

Roecker agreed with Sewell. His family’s farm was founded in the 1930s. After the 2008 economic downturn, Roecker wasn’t sure he’d be able to keep the business solvent. He said it made him feel like a failure. “I was afraid of being the one to lose my grandfather’s farm, the one to lose this legacy for the children and for the future,” he said.

After years of reflection, Sewell realized he was blaming himself for not having said just the right thing that might have prevented his father’s suicide. He eventually came to understand that his father was just not comfortable enough to talk to anyone about what was eating away at him. “We really have to destigmatize the ‘go-it-alone’ attitude,” he stated. 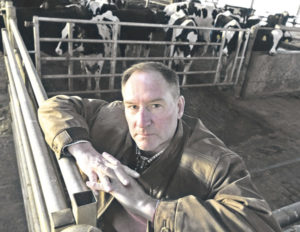 While agreeing that farmers might feel ashamed admitting to suffering from a mental health condition, Bernard said, “I do feel like we’re making strides.” Through social media, she has been able to broach the topic with many farmers that might not have been as forthcoming in person. But many more, like Bernard’s own husband, are not active on social media. Reaching these people and connecting with them is her priority.

Vorthmann urged participants to take advantage of the AFBF’s Rural Resilience Training Program. The program was developed in partnership with Michigan State University Extension. The online training program is designed for individuals who interact with farmers to help recognize signs of stress and offer resources. The program will give participants the skills to understand the sources of stress, learn the warning signs of stress and suicide, identify effective communication strategies, reduce stigma related to mental health concerns and connect farmers with appropriate mental health and other resources. The training takes about four to five hours to complete and can be done over multiple sessions.

Closing out the seminar, Bernard wanted farmers in trouble to know that they have options. “You’re not alone. You’re never alone. Your life matters. Please don’t suffer in silence.”

The post You’re not alone appeared first on Country Folks.